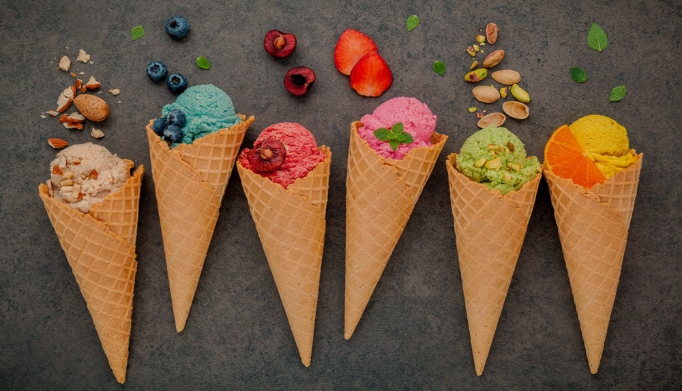 When is National Ice Cream Day 2023

When is National Ice Cream Day 2024

Both adults and children like ice cream. The dessert is uplifting and refreshing in hot weather. People love it so much that July has been declared Ice Cream Month, with the official day of celebration falling every third Sunday in July. US President Ronald Reagan himself signed a decree establishing the holiday in 1984.

In honor of such an event, fairs are arranged in many cities. Visitors can try various tastes of this ice dessert. Holders of cafes and shops announce the “2 for 1” promotion. The variety of the dessert is so rich that children are not allowed to eat some tastes. For example, ice cream flavored with alcohol or with the hottest Carolina Reaper pepper. Entertainment activities are also held. A speed record for eating ice cream was set at one of these events. 21-year-old Mindaugas Puodzyus from Vilnius set the record. He managed to eat 350 grams of ice cream in 29 seconds. Another record belongs to Canada; the biggest ice cream was made there. The weight of the record holder dessert was more than 10 tons.

How to Celebrate Ice Cream Day?