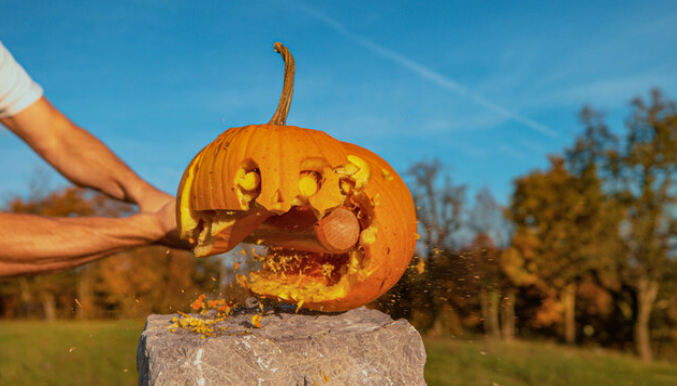 When is Pumpkin Destruction Day 2022

When is Pumpkin Destruction Day 2023

Why we celebrate Pumpkin Destruction Day?

Pumpkin Destruction Day is a holiday that was created to entertain people and also to keep large numbers of pumpkins from being thrown into the landfill at the same time. There are always lots of them after Halloween, and pumpkins need to be disposed of in time and then placed in the composting facility. Pumpkin Destruction Day is quite popular. Some people even come up with original ways to destroy pumpkins for a change.

The event was invented in 2006. It was promoted by Adam Pugh, CEO of Rock Ranch of Georgia. Adam asked the ranchers for permission for people to “smash the remaining pumpkins for fun.” That way they would be left to rot in the field and serve as good fertilizer instead of just lying in the landfill. Adam Pugh got permission for this event, and it soon became popular.

On this day, many people are involved in destroying pumpkins left over from Halloween. They smash them with a hammer, shoot them with a bow or gun, throw them from a great height, or simply cut them into small pieces. Somewhere even trucks, motorcycles and other vehicles may be used. Regardless of the method of destruction, it is important to compost any leftover pumpkins. Some people are not interested in doing this, so they leave them in areas where wild animals are prevalent. This solution is popular in rural areas where there are many farms.

How to Celebrate Pumpkin Destruction Day?

Pumpkin Destruction Day is celebrated in the United States annually on the first Saturday in November. In 2022, the holiday occurs on the 5th of November. You can also celebrate this holiday by getting rid of your own pumpkin. You can think of some unusual way to destroy it or just give it to animals.