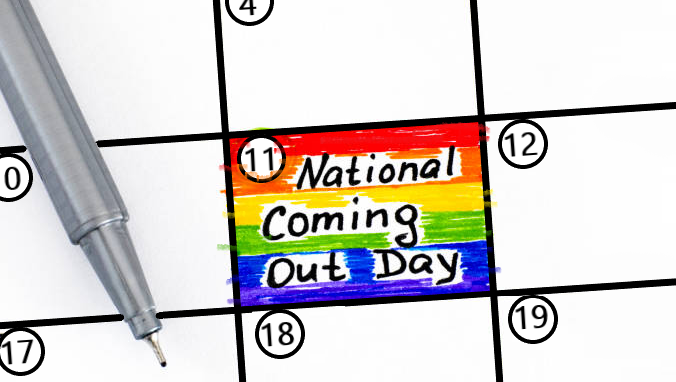 When is National Coming Out Day 2022

When is National Coming Out Day 2023

Why we celebrate National Coming Out Day?

National Coming Out Day (“coming out of the closet”) is an important event for the LGBT community. On this day, people unite to support those who choose to come out and be open about their LGBT identity. The event encourages people not to hide the present and to live in harmony with themselves.

National Coming Out Day was first held in 18 US states in 1988. It was founded by activists Robert Eichberg and Jean O’Leary. They were inspired to create the holiday by the National March on Washington for Lesbian and Gay Rights in 1987. The idea of the holiday was to openly declare one’s minority identity. The implication was that one reveals oneself not only to one’s significant others, but in all spheres of social activity. It promoted social tolerance. After all, people will be more tolerant of LGBT people if there are members of minorities among their acquaintances. It was a political gesture that was eventually supported by all US states.

On this day, everyone comes to a parade in support of lesbian, gay, bisexual, transgender and other minorities. Activists organise events to make people aware of minorities. Many people do coming out. They get a lot of support and stop being afraid of public condemnation. Many organisations support LGBTQ+, e.g. the Human Rights Campaign. To celebrate coming out, people can throw a party to celebrate with their friends.

How to Celebrate National Coming Out Day?

National Coming Out Day is celebrated annually on 11 October. The day is celebrated in the United States, the United Kingdom, Switzerland, the Netherlands and Ireland. Be tolerant on this day, perhaps some of your friends want to do coming out. Hang an LGBT symbol on your clothes and attend the parade. There are several other days dedicated to LGBT people, such as Bisexual Day.