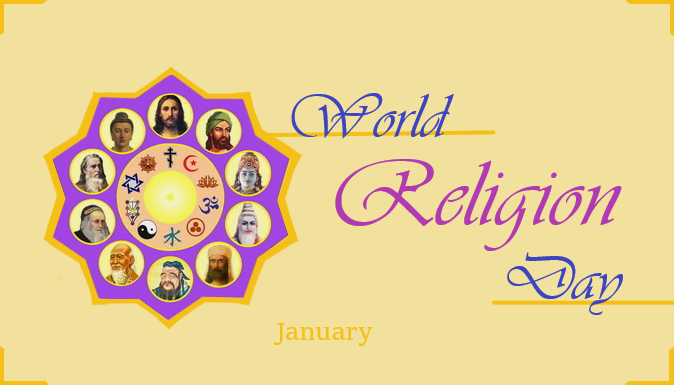 When is World Religion Day 2023

When is World Religion Day 2024

Why we celebrate World Religion Day?

World Religion Day is a holiday celebrated around the world. It was created so that people would have the opportunity to share their culture with others and learn more about the cultures of other believers. On this day it doesn’t matter if you are Christian, Catholic, Hindu or any other denomination. After all, today you have the right to feel at one with others.

The holiday was first officially observed in 1950. It was initiated by the National Spiritual Assembly of Bah’s in the United States. It was first celebrated in Portland, Maine. Thereafter, the holiday spread to the rest of the world. Sri Lanka and the Republic of Congo, for example, have even issued their own World Religion Day postage stamps.

Various events – exhibitions, concerts, lectures and seminars, round tables – are held in different countries on this day. People discuss the importance of religion, the problems of establishing peace and fostering mutual understanding between representatives of different faiths. All believers congratulate each other and treat every nation with tolerance. On this day, you can openly find out what others believe. You can do research about your favourite culture and learn something new about little known religions. This event has one big purpose – to unite nations and spread tolerance among the masses. After all, in fact, all religions share common spiritual goals.

How to Celebrate World Religion Day?

The holiday is celebrated annually on the third Sunday of January. In 2022, it is celebrated on the 16th of January in the United States. The holiday is not official, so all government offices and businesses remain open. On World Religion Day, you can attend talks or lectures, learn more about your own religion and try to understand the basic principles of other believers.