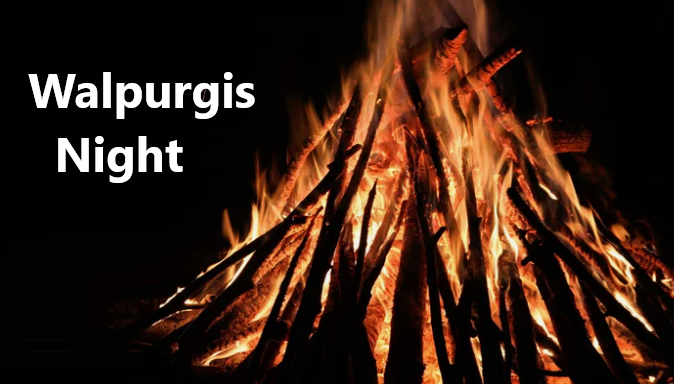 When is Walpurgis Night 2023

When is Walpurgis Night 2024

Why we celebrate Walpurgis Night?

Walpurgis Night has been celebrated since the eighth century in many countries. On the day that spring arrives, plants and herbs take on special properties that purify them from evil forces. But with it, the main evil is also awakened. Ancient traditions and rituals that people still observe today keep demons from wandering around bonfires and wreaking havoc.

The holiday takes its name from the Christian nun Walburga (Walpurga in some countries). After calming the storm with prayers, the woman travelled from England to Germany and founded her temple there. The sailors called her their patron saint.

After Walburga’s death, she appeared in the form of an angry spirit from behind a desecrated temple. The frightened inhabitants reburied her in the mountain on 1 May. That same night, an unknown liquid began flowing from the top of the hill, which subsequently saved people from numerous illnesses. At the time of the Holy Inquisition, the nun’s activity was counted among the evil spirits. The feast of welcoming spring took on a second meaning – the expulsion of evil forces, and the name was changed to the saint’s name.

In Italy, young people walk from house to house with a green branch decorated with ribbons. At the end of the procession, they place the branch under their sweetheart’s door, offering her their hand and heart. In Russia, it is customary to hold rituals and fortune-telling on this day. On the night of May 1, people have prophetic dreams. In Sicily, everyone goes out on a parade to celebrate the Independence Day. In Sicily, everyone goes out into the meadows and picks flowers. They hang the wreaths in the chapel and make a wish.

Slovakia and the Czech Republic hold public celebrations and put up a large May tree in the square. The fir is stripped of its bark and branches, leaving only the crown. The top is decorated with wreaths and ribbons. When the music starts, young people invite the ladies for a dance. Lusatians hold a similar celebration. To ward off witches, however, they paint crosses on the doors, corral the cattle and place crayons on the doorsteps.

How to Celebrate Walpurgis Night?

Walpurgis Night is celebrated at midnight from April 30 to May 1. It is not officially considered a day off. At the end of the day they celebrate outdoors under a large tree or at home with the family by candlelight.

It’s not supposed to swear or curse evil spirits out loud on this day. Women should not dress in black so as not to attract evil spirits.