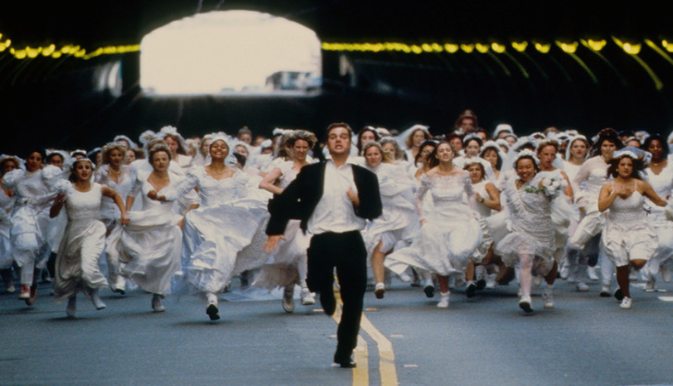 When is Sadie Hawkins Day 2023

When is Sadie Hawkins Day 2024

Why we celebrate Sadie Hawkins Day?

Sadie Hawkins Day is a fun pseudo-holiday that came into people’s lives from comics. It is celebrated for fun. It shifts the way traditional male-female relationships are understood. Specifically, if it is socially accepted that the man makes the first move, then on this day it is the woman who makes the move. That’s why it has a lot of fans among girls and boys.

Sadie Hawkins is a character in the comic strip Li’l Abner, created by Al Capp. She had no boyfriends and was worried about being single. So her father invited local bachelors and announced Sadie Hawkins Day. The idea of the day was for the daughter to choose her own fianc. Guys would run away from Sadie, and the one she could catch would become her fianc. This idea inspired other single heroes, and they too started hosting such a day. This comic book story appealed to American students. They decided to organise Sadie Hawkins Day in real life. Sadie Hawkins Day appeared in comics on November 15, 1937, and by 1939, 201 colleges in 188 cities were celebrating the holiday.

College students organise Sadie Hawkins Day. They hold an exciting race in which the girls catch the boys. Schools also celebrate the holiday, but have a dance instead of a race. The girls ask the guys to dance. Despite the popularity of the holiday, many people think it is sexist. However, it is a good opportunity for boys and girls to look at themselves from a different perspective. And in Ireland there has been a similar tradition for many years, where girls can propose to guys.

How to Celebrate Sadie Hawkins Day?

Sadie Hawkins Day is celebrated annually on 13 or 15 November in the USA. If you are a girl, this is a day you can feel free to take the first step towards your crush. Spend this day having fun with your friends without paying attention to other people’s opinions.

Female celebrities who proposed to their male partners