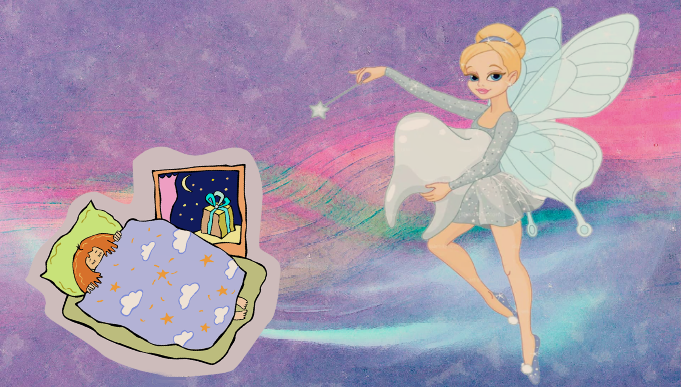 When is National Tooth Fairy Day 2022

When is National Tooth Fairy Day 2023

National Tooth Fairy Day is a holiday for adults and children. A fairy brightens up the period of change of milk teeth to molars. When a child loses a tooth, he/she puts it under a pillow before going to bed. And at night, a fairy comes, takes the tooth, and leaves a coin in return. Thus, children celebrate the holiday as a sign of gratitude to the fairy for her work. Although the fairy does not come to adults, this is also a significant event for them. This day is a good occasion to remind children about oral hygiene. And also, it is a good excuse to visit a pediatric dentist because usually, children do not like to treat their teeth. To the delight of parents, this holiday is celebrated every six months: on August, 22 and February, 28. As dentists recommend because they advise people to check their teeth every 6 months.

No one knows for sure who founded the holiday. But several events preceded its appearance. The very first refers to medieval Europe. At that time, there was the saying “tand fe”, which means “tooth fee”. It was believed that children’s teeth bring good luck. Thus, people bought fallen milk teeth and wore them with them. The following events took place in 1927. Esther Watkins Arnold wrote the play The Tooth Fairy, which immediately gained popularity. According to her story, fairies secretly sneak under a pillow to a child, take a tooth, and leave money. In addition, Sir Arthur Conan Doyle decided to prove the existence of fairies and gnomes. He took a photo of girls with fairies flying next to them. This greatly affected the public. After that, the image of the Tooth Fairy took root in people’s lives.

Parents try to spend National Tooth Fairy Day for the benefit of children. They hold preventive conversations and take children to dentists. Adults also appoint visits to dentists. They indulge in their childhood memories of being visited by the Tooth Fairy. Dental clinics hold various promotions to educate the public about tooth hygiene. After all, teeth have a great impact on overall health.

As mentioned above, National Tooth Fairy Day is celebrated twice a year on August, 22 and February, 28. The holiday is especially popular in Europe and America. Although there are already generally accepted dates for the celebration, it can be celebrated when a child’s tooth falls out. There are 20 such small events in total. You can also spend this day watching films about tooth fairies, such as Tooth Fairy, Rise of the Guardians, and The Hairy Tooth Fairy.

5 interesting facts about children’s teeth and the Tooth Fairy: