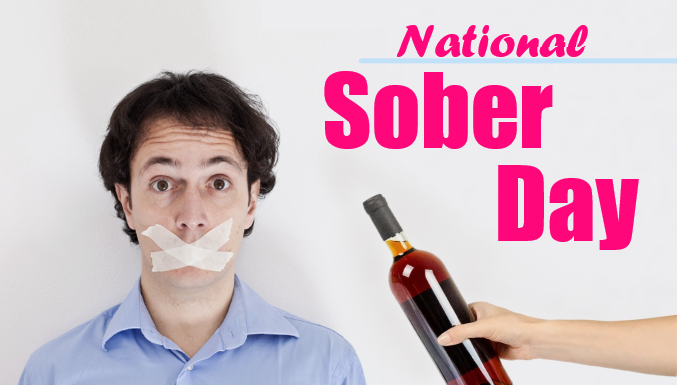 When is National Sober Day 2022

When is National Sober Day 2023

Why we celebrate National Sober Day?

Over a million people are alcohol dependent. It damages not only their but other people’s lives as well. Every year, over a thousand people die in car accidents caused by a drunk driver. The driver didn’t think about it before drinking, and of course he didn’t plan to harm anyone. But the consequences of drinking alcohol were incorrigible. Therefore, it’s important to raise people’s awareness and inform them about the consequences of drinking alcohol-containing beverages. It’s also important to help those who have been suffering from addiction, including the drug one. Therefore, every year we celebrate the National Sober Day.

The Sober Day has been introduced by the Substance Abuse and Mental Health Services Administration. In 2014, they conducted a study finding out that an insignificant percentage of addicted people are treated properly. To draw public attention to this problem, they organized the National Sober Day.

Thanks to this day, an increasing number of people can receive treatment and support. Non-profit and commercial organizations hold events to help people. They organize preventive talks for adults and children, tremendously motivating them for a sober lifestyle. And of course, most people refrain from alcohol on this day. They make soft drinks instead.

How to Celebrate National Sober Day?

The National Sober Day is celebrated annually on September 14. In other countries, this event may be held on other dates. Spend this day soberly and help those who need support. Show them what an interesting life they can have without alcohol. But if you don’t find it necessary, just spend one sober day out of sympathy with others.

Why people drink alcohol (some of the reasons)

Why you shouldn’t drink alcohol (some of the reasons)