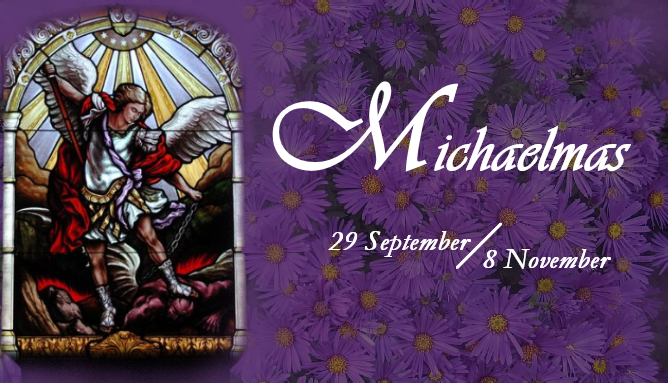 Why we celebrate Michaelmas?

Michaelmas is a religious holiday celebrated by Christians in honour of the archangel Michael. Michael is one of the strongest of the archangels, having defeated Lucifer in the war in the heavens. He protects people from the advancing darkness in which evil lurks. Non-believers also celebrate this feast. It serves as a landmark for agriculture. After all, the date of the celebration is close to the harvest period in many countries. That is why there are omens and various beliefs associated with this date.

The celebration of Michaelmas first began in the fourth century in the Eastern Church. The Western church joined the celebration a century later. The Archangel Michael is the protector of the Christian church. Believers venerate him for his strength, protection and victory over Lucifer. The Roman Catholic Church also honours the other archangels on this day – Gabriel and Raphael.

St Michael is considered the patron saint of security personnel. The Catholic Church holds a Blue Mass for police and military personnel and a Red Mass for lawyers. Masses are traditionally held in the UK, USA and Ireland. In Ireland there are pilgrimages to St Michael’s holy wells. The Eastern Church links Michaelmas with superstition and prejudice. Since the Middle Ages, European peasants have believed in omens associated with this day. They gather the harvest and prepare for winter. This has to do with the date of Michaelmas, which is close to the date of the equinox. In England there is a tradition of eating geese and treating people to them to attract good luck and financial prosperity.

In many cultures there is a legend that Michaelmas is the last day to pick blackberries. Lucifer fell from heaven onto a blackberry bush while he was fighting Michael. Lucifer became angry at the prickly bush, spat on it and trampled on it. In some legends he even urinated on blackberries.

How to Celebrate Michaelmas?