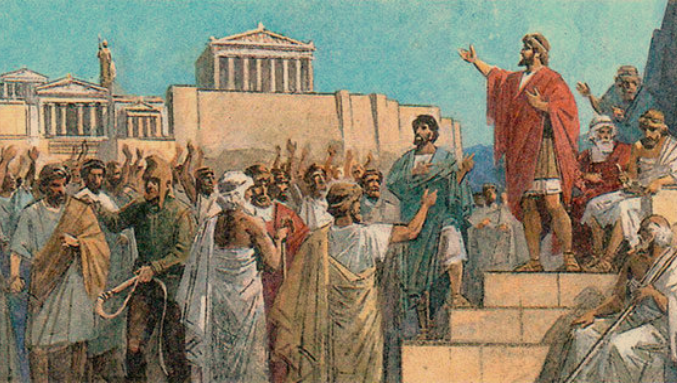 When is International Day of Democracy 2022

When is International Day of Democracy 2023

Why we celebrate International Day of Democracy?

Democracy is a political ideology that has existed since antiquity. Its concept implies equality of all the society members who control the power. The democratic principles guarantee independence, freedom of choice to people and allow them to arrange their lives in the best possible way. Thus, it’s important to support and develop this political regime. For this purpose, people celebrate the International Day of Democracy.

The UN General Assembly established the International Day of Democracy in December 2007. For the first time it was celebrated on September 15, 2008. The resolution instructs countries to educate their citizens, as well as to involve them in active political participation. Its goal is to identify and solve problems, thus contributing to protection and development of democracy.

Every year, a relevant topic is chosen for the International Day of Democracy celebration. In 2021, it was “Strengthening democratic resilience in the face of future crises”, and in 2020 the topic was related to COVID-19. The chosen topic-related public events are held. The event makes it possible to assess the state of democracy all over the world. The states look back on the year, analyze the results, and look for ways to improve the life of the society. Every citizen can look through the report on the authorities’ work and suggest changes.

How to Celebrate International Day of Democracy?

The International Day of Democracy is held annually on September 15. The holiday is celebrated by UN member states, such as Australia, Canada, the United Kingdom, and the USA. On this day, you can participate in public events and pay attention to political activities. Think about changes that can help develop democracy.

The Athenian democracy is one of the first and well-known democracies in history. It dates back to 507 BC. The rule of people in ancient Greece wasn’t similar to what we know today. Some facts are quite surprising.

Democracy wasn’t for everyone. Only adult men were considered full-fledged citizens.

Compulsory governance of the state. Any citizen could become a member of the Boule state council, even if he didn’t want to. The members were chosen by lot, which implied pulling a short straw. It is believed that Socrates was chosen into the Boule despite being not interested in politics.

Voting under pressure. Initially, it was believed that people would like to participate in people’s voting. But over time, there were fewer and fewer enthusiasts. At first, participants were paid to vote. Then, they changed the tactic. Slaves used a rope to block all the road, but for the one leading to the voting place. The rope was covered with paint to detect a person who got out of the vote. Then he was caught and fined.

Taxes are a privilege. None of the ancient Greek citizens paid taxes unless he was very rich. The rich paid taxes willingly, thus demonstrating their high status.

Preventive expulsion. Citizens could expel any person from Greece, even if he had committed no crime. For this, they held a public vote. If they got a sufficient number of votes, then the wretch was sent into exile for 10 years. The Greek government believed that this would protect the democratic regime and peaceful life of the society. Thus, democracy in Athens existed for about 200 years.