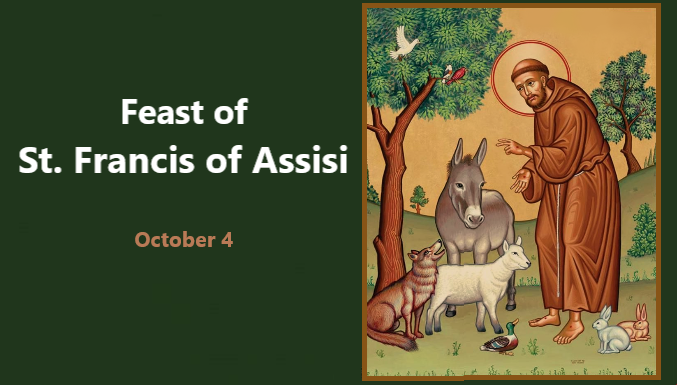 Why we celebrate Feast of St. Francis of Assisi?

The Feast of St Francis of Assisi is a religious feast celebrated by Catholics around the world. St Francis of Assisi was an Italian Catholic monk, deacon and mystic. He contributed greatly to the development of religion, helped people and was merciful to animals. The Catholic Church celebrates a day in his honour every year.

Saint Francis of Assisi (Giovanni di Pietro di Bernardone) was born into a wealthy family. As a young man he led a carefree life but felt out of place. One day he had a vision, after which he reconsidered his values. It is said that in the vision the Almighty asked him to repair the church in Assisi. After trying to fulfil his wish, Francis realised his destiny. He renounced material goods and took three vows: poverty, chastity and obedience. His rope for tying his cassock had three knots in honour of the vows. St Francis believed that material possessions distanced man from God.

The saint did many good deeds. He tried to end the controversy in the Fifth Crusade. Because of his merciful treatment of animals he is considered the patron saint of animals. He founded the male Order of Friars Minor, the female Order of St Clare, the Third Order of St Francis and the Guardianship of the Holy Land. St Francis was the first to set up a nativity scene, which is traditionally set up in honour of Christmas. A few years before his death he received the stigmata. After his death he was appointed patron saint of Italy by the bishop.

Religious services are held on the feast day of St Francis of Assisi. The faithful venerate the work of St Francis and set an example for their children. In Assisi they light lamps that shine for several days. As St Francis is considered the patron saint of animals, people bring their pets to the church for a blessing.

How to Celebrate Feast of St. Francis of Assisi?

The Feast of Saint Francis of Assisi is celebrated annually on 4 October. It is celebrated by Catholics all over the world. The feast is not a public holiday, so all institutions are open as usual. On this day, you can bring your pet or a picture of your pet to the church to receive a blessing. Do more good deeds to support the holiday.