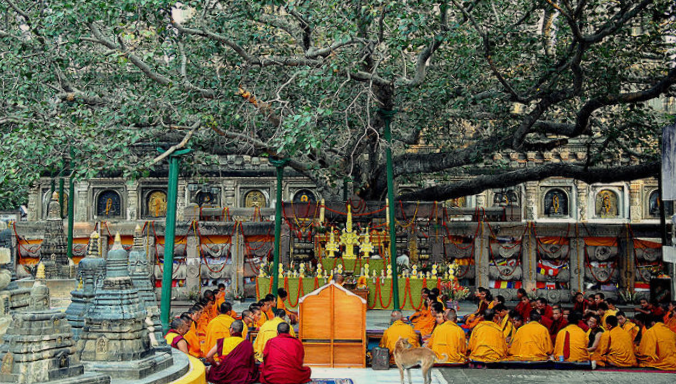 Why we celebrate Bodhi Day?

Bodhi Day, or Enlightenment Day, as it is also known, is one of the major Buddhist festivals. People celebrate it in honour of Prince Siddhartha Gautama, who achieved ‘awakening’ and became a Buddha. It was on this day he renounced his old practices, was able to immerse himself in nirvana and receive answers to all his questions.

It is believed that this holiday began to be celebrated on the same day that Siddhartha Gautama became “enlightened”. Earlier in Japan, this holiday was celebrated according to the Chinese lunar calendar. This remained so until the Japanese switched to the Gregorian calendar in the 19th century. It was then that Bodhi Day had its own fixed date.

The holiday is usually celebrated quietly by Buddhists, without fireworks, fanfare or parades. It is believed that this should not be done on Enlightenment Day. On this holiday, people who consider themselves particularly religious usually pray, meditate, study ‘dharma’ (laws), burn incense and chant Buddhist texts. Ordinary people are more inclined to do some good deeds. For example, they help the poor, feed homeless animals, and make donations. In many places, Buddhists plant Bodhi (ficus) trees and hold tea ceremonies, read and prepare treats for relatives and friends.

How to Celebrate Bodhi Day?

In Japan, this holiday is celebrated on 8 December. In other East Asian countries, the date is not so precise as it changes from year to year, like the date of Easter celebrations. For the Japanese, the holiday is also not an official holiday, as the number of Buddhists in the country is only 34% of the total population. If you are one of them, you can have a small tea party, offer to help someone, do a good deed and pray on Bodhi Day.