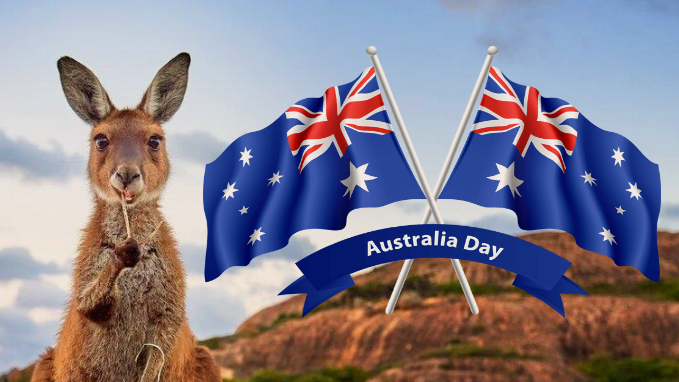 Why we celebrate Australia Day?

Australia Day was first formally celebrated in 1818 (before that it was simply known as Australia Foundation Day). Governor Macquarie put on a huge party and designated Australia Day as a public holiday. The same thing happened the following year. Over time, other states in the country began to observe this tradition. By 1935 the holiday was celebrated throughout Australia.

There are many regattas and parades on the day. Fireworks, concerts and light shows are staged in all cities. Australians decorate their homes with flags and balloons. Many citizens also buy and wear clothes bearing the national flag. Workers are given an early holiday so they too can enjoy the activities. There is usually a major music festival in Sydney, which attracts many Australians, and an Australian of the Year Award in Canberra. The day also marks the Prime Minister’s address to the nation. If you know people, relatives or colleagues who are Australian citizens you can congratulate them by sending a card or gifts. This gesture is also typical of the occasion.

How to Celebrate Australia Day?

The country’s (British-born Australians) observe the holiday annually on 26 January. However, for Aboriginal people living on its territory, it is also a day of mourning, as it is the day they were colonised by the British.