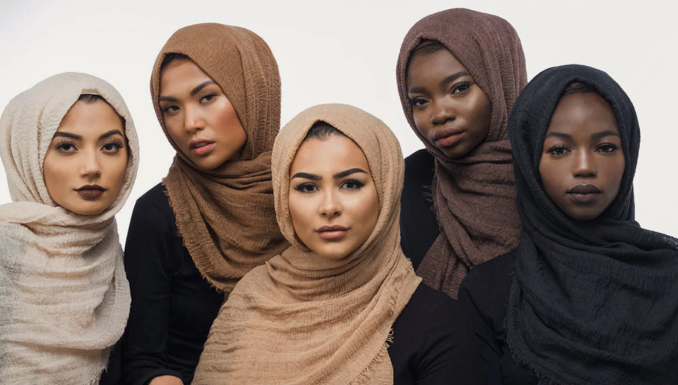 Why we celebrate World Hijab Day?

World Hijab Day is an unofficial holiday that is gaining in popularity every year. It is important for many women and girls who wear the hijab because there has been a lot of controversy and prejudice around this garment for a long time. World Hijab Day is known not only among Muslim women, but also among women of other faiths.

The originator of this holiday is a Muslim woman, Nazma Khan. She was born in a Muslim country, but later moved from there to the United States. She was used to wearing the hijab in her home country, and continued to do so in America. However, many people were suspicious of her because of this. Some even coined hurtful nicknames for her and were even afraid of her. Nazma Khan decided to create a movement that would change their attitude towards this garment. In 2013, she organised a special campaign on social media, spreading hashtags. Lots of women supported her in this.

On this day, many Muslim women who do not wear the hijab try it on to see what it is like. On social media, people are posting hashtags and sharing their opinions about the item of clothing. World Hijab Day shows that there is no need to be hostile or wary of women wearing the hijab. Indeed, for many, it is a kind of protective barrier and a safeguard against male harassment.

How to Celebrate World Hijab Day?

World Hijab Day is celebrated annually on 1 February in many countries around the world. You too can take part in this celebration. Find out more about why women wear the hijab in the first place. Spread the necessary hashtags on social media to show your solidarity. If you wear the hijab yourself, share your experience of wearing it with others.