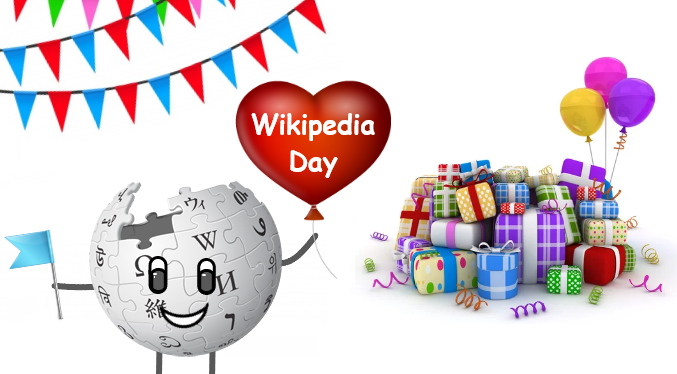 Why we celebrate Wikipedia Day?

On 15 January 2001, the encyclopaedia, which now has some 50 million entries in almost 300 languages, was officially launched. Wikipedia is one of the most visited websites in the world. In today’s society, just about everyone knows what Wikipedia is.

The birthday of Wikipedia is celebrated in many countries around the world. Events, banquets, real-time and online holiday greetings are held every year on the 15th of January. Periodicals produce feature articles. Festive programmes are broadcast on TV and radio. Many articles in the print media as well as on the internet have been dedicated to the founding of Wikipedia, increasing public interest in the site.

Unfortunately, despite the resource’s popularity, there are no major festivals or public celebrations to mark its birthday. But active users cannot leave this holiday unattended. Authors and editors of the resource especially enjoy it. So they themselves organize and celebrate the holiday in a small circle.

Every year on January 15 they gather in different cities. The participants actively discuss issues related to the cognitive resource: site development, enriching it with new materials, authenticity of articles. The heads of Wikipedia departments present at the celebrations share their plans for promoting the resource and talk about the milestones already passed.

During such gatherings, the celebrants call their colleagues from other cities, and under certain technical conditions, they conduct teleconferences. In order to get together, companies use the same beloved website. In its depths, there is a page where information about new meetings appears, indicating the place and time. There is also an archive of meetings.

How to Celebrate Wikipedia Day?

World Wikipedia Day is celebrated every year on 15 January. To celebrate, you can visit the Wikipedia website and support it with sponsorship. Tell your friends about this event or share your congratulations on social networks.