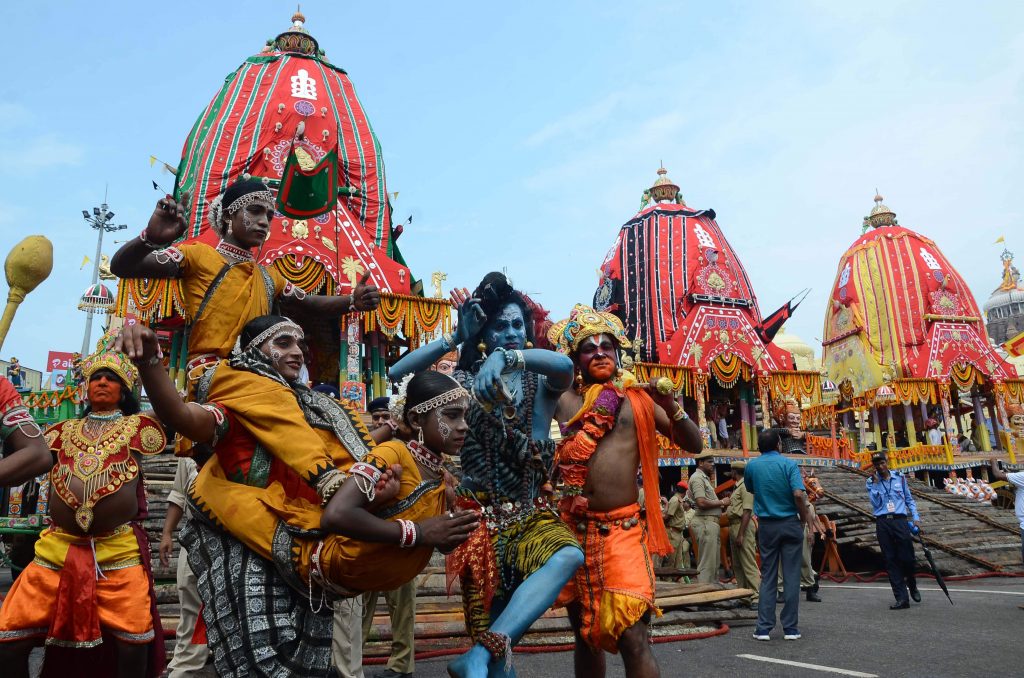 Why we celebrate Rath Yatra?

Rath Yatra is a regional holiday celebrated in India, Odishe. The celebration falls on the second day after the new moon in the month of Ashadha – this is the end of June or the beginning of July. The holiday is marked by the organization of big chariots, which are pulled along the streets to commemorate the annual journey of Lord Jagannath, his brother Lord Balabhadra and their sister Subhadra to their aunt’s temple, the temple of Gundich. He is in Puri.  The holiday has been celebrated since the 12th century. Jagannatha means “Lord of the Universe” and is a deity worshiped in the regional traditions of Hinduism and Buddhism in India and Bangladesh. Hindus consider Jagannath to be a form of Vishnu. In the past, people often threw themselves under the wheels of chariots in order to achieve salvation. The chariot itself for Jagannath has a height of 14 meters (45 feet) and an area of ​​11 meters (35 feet). Construction takes about two months. Artists and artists of Puri adorn chariots with bright colors with religious motifs.

The chariots stop in the temple of Gundich for a week and then return to the Jagannath temple through the Mausi Maa temple. Here the poor people hear the cake. Similar festivals are held in other parts of India, including Bangladesh, but the most solemn events are held in Puri.

Rath Yatra is a large annual festival celebrated on the Hindu lunar calendar. It currently falls in the months of June or July according to the Gregorian calendar. This day is working in some countries, but in India it is a day off.