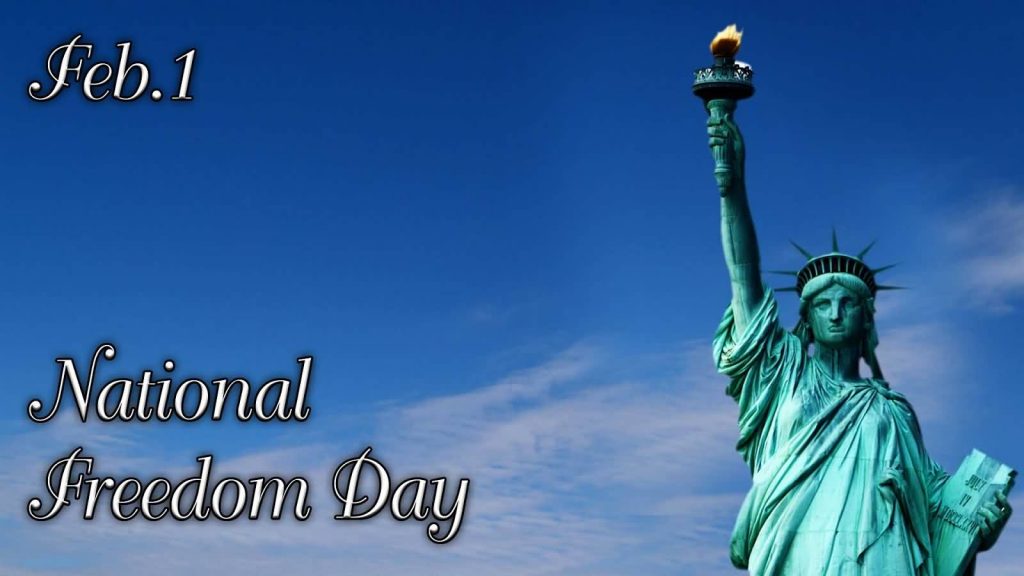 When is National Freedom Day 2022

When is National Freedom Day 2023

Why we celebrate National Freedom Day?

In 1948, June 30, President Harry Truman signed a bill proclaiming February 1 as the first official national day of freedom in the United States. This decision was made by the president thanks to Major Richard Robert Wright Sr. – a former slave who founded the National Association on the occasion of Freedom Day. He was considered a community leader in Philadelphia and was engaged in education, media, business and politics. For the first time, the holiday was celebrated on February 1, 1942, when the law had not yet entered into force. In 1865, Abraham Lincoln introduced the 13th amendment to the Constitution of the United States. She touched illegal slavery.

Many Americans understand the importance of their freedom, so they actively attend conferences, meetings and other events, dedicated to National Freedom Day. Every year, on February 1, the President of the United States congratulates the people. Laying wreaths, film screenings, literary meetings are the main events that held on this day.

National Freedom Day, which is celebrated in the United States in honor of the signing of the resolution, which proposes the 13th amendment to the country’s constitution on February 1, 1865, is not a public holiday. Offices, banks and other companies work according to their usual schedule.