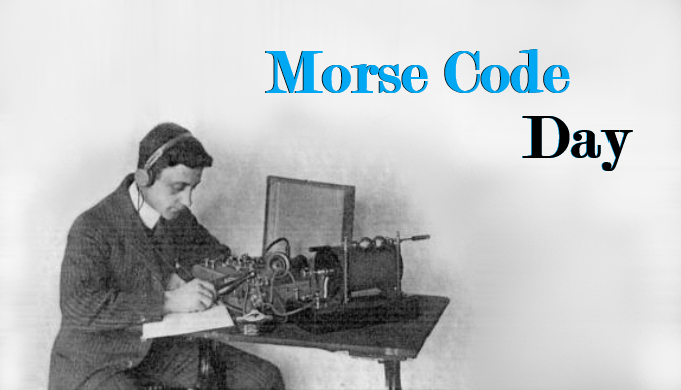 Why we celebrate Morse Code Day?

Morse Day is celebrated around the world on 27 April to commemorate the miraculous invention for the transmission of messages. In the 19th and 20th centuries Morse code was the most important invention for data transmission. Information reached its addressee more quickly than by post and therefore became very popular. At the time it was the only way to quickly distribute information in case of an emergency over long distances and save lives. The code is still very much alive today.

Samuel Morse, the creator of the telegraph, was originally interested in art. In 1825 he received a letter about the serious illness of his beloved. However, she died before the news reached him. Saddened by the loss, Morse decided to study engineering so that people could exchange news more quickly. Two years later, on 27 April 1837, New York City first introduced the transmission of letters through a dash and dot. A special code was attached to the telegraph, translating the American alphabet into symbols.

The first official message was sent from Washington to Baltimore. It traveled over electric wires before the phrase “Wonderful are your works, Lord” was recorded on a paper tape. The US government agreed to develop the device and build power lines to make it work.

The coded language spread around the world. The alphabet was adapted to Latin letters for each country. It began to be used for military and political negotiations, emergency notification and other purposes.

Many people communicate with each other using Morse code. They exchange coded notes and learn the symbols. Adults teach children how to decipher important signals, e.g. SOS – 3 dots – 3 dashes – 3 dots.

How to Celebrate Morse Code Day?

The holiday is not a day off. It is celebrated at work, at school or at home with friends and family by communicating using a secret cipher.