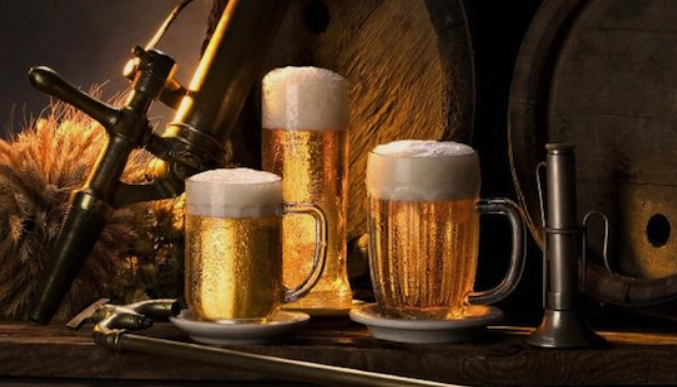 When is International Beer Day 2022

When is International Beer Day 2023

Why we celebrate International Beer Day?

Beer is an alcoholic drink that has fans around the world. It helps relax and have a good time if one does not abuse its amount. Initially, the holiday was organized for commercial purposes in 2007. An owner of a bar in the USA decided to get more profit, so he came up with Beer Day. His idea was supported by drink lovers and other bars. Since then, the holiday has quickly gained popularity in all states, and later, in other countries.

The event used to be celebrated annually on August 5 for 5 years; but nowadays, the celebration was shifted to the 1st Friday of August. This decision has a simple explanation. People are more relaxed on the last working day of the week. In addition, some people feel fizzy in the morning after an alcoholic party. And during the upcoming weekend days, they will have enough time to recuperate.

International Beer Day hosts festivals, fairs, and even competitions. For example, in England, men are invited to run a distance consisting of several stops. When running the distance, they lead a stroller in front of them. Upon reaching a stop, they should drink a mug of beer. This continues until the last stop. The winner is the one who runs to the end and never turns the stroller over. Also, people participate in alcohol contests.

There are many activities dedicated to this day. Go to a festival or a pub to take part in them. When attending fairs, all visitors can taste numerous sorts of the drink from different countries, as well as learn the secrets of making a hop drink and treat your friend with a mug of tasty beer.

How to Celebrate International Beer Day?

International Beer Day is celebrated annually on the 1st Friday of August. This event is celebrated in more than 50 countries, including the United States, Greece, Sweden, and France. Invite your friends or colleagues to celebrate the holiday together. Treat them with this alcoholic drink and tell some incredible stories.