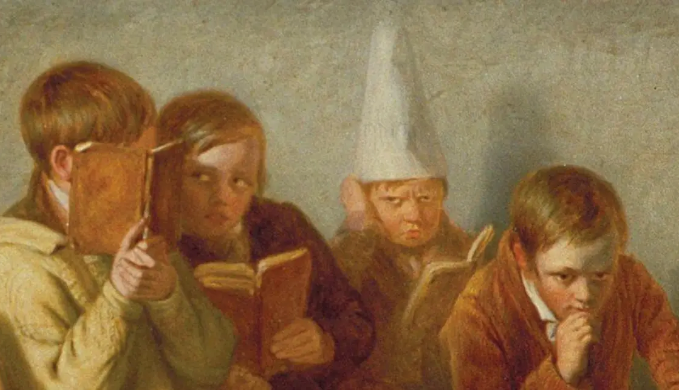 Why we celebrate Dunce Day?

Dunce Day is a holiday dedicated to people who are incapable of learning well. This day also marks the anniversary of the death of the Scottish philosopher John Duns Scotus.

It is not known exactly when this event originated, although it is known who caused it. John Duns Scotus, a native of the Scottish village of Duns, was a medieval scholar and philosopher. His views ranged from the brilliant to the downright ridiculous. Scholars critical of his work derived the term “dunce” from his name and place of birth. Duns Scot believed that cone-shaped hats enhanced the ability to learn. He believed that knowledge would flow from the tip of the hat down and into the wearer’s head, making him smarter. The use of his hats also had a positive side – it motivated the wearer to learn further in order to get rid of the hat, as they had previously been used as a symbol of a person’s stupidity.

On this day, people wear cone-shaped hats to have fun or to pay homage to John Duns Scotus. Some do it just for fun, and some try to test a theory put forward by a medieval scholar. Many arrange parties with friends. Libraries usually host events devoted to reading some of the works of Duns Scotus. Some, on the contrary, try to learn something new on this day so that they are not dumbed down.

How to Celebrate Dunce Day?

This holiday is celebrated annually on November 8. On this day you can take up your own education. Use a variety of resources to supplement your knowledge in one area or another. Visit a library or museum. This holiday is also an occasion for a small party – get together with a group and watch funny comedies where the characters do stupid but funny things.